Drawing on the expertise showcased during the transformation of the Tampa Bay Lightning and Amalie Arena under Jeff Vinik, Vinik Sports Group (VSG) delivers world class experiences and events for its partners and those that they serve. VSG features a leadership team with decades of experience in the sports and entertainment industries; leaders who focus on each client’s unique needs before developing strategies and delivering successful solutions in the multimedia sales, event management, facility operations, and guest services verticals. VSG maintains a preference for long-term win-win partnerships, but it remains nimble enough to manage individual events and short-term opportunities for its customers.

COMMUNITY | Giving Back to Our Community 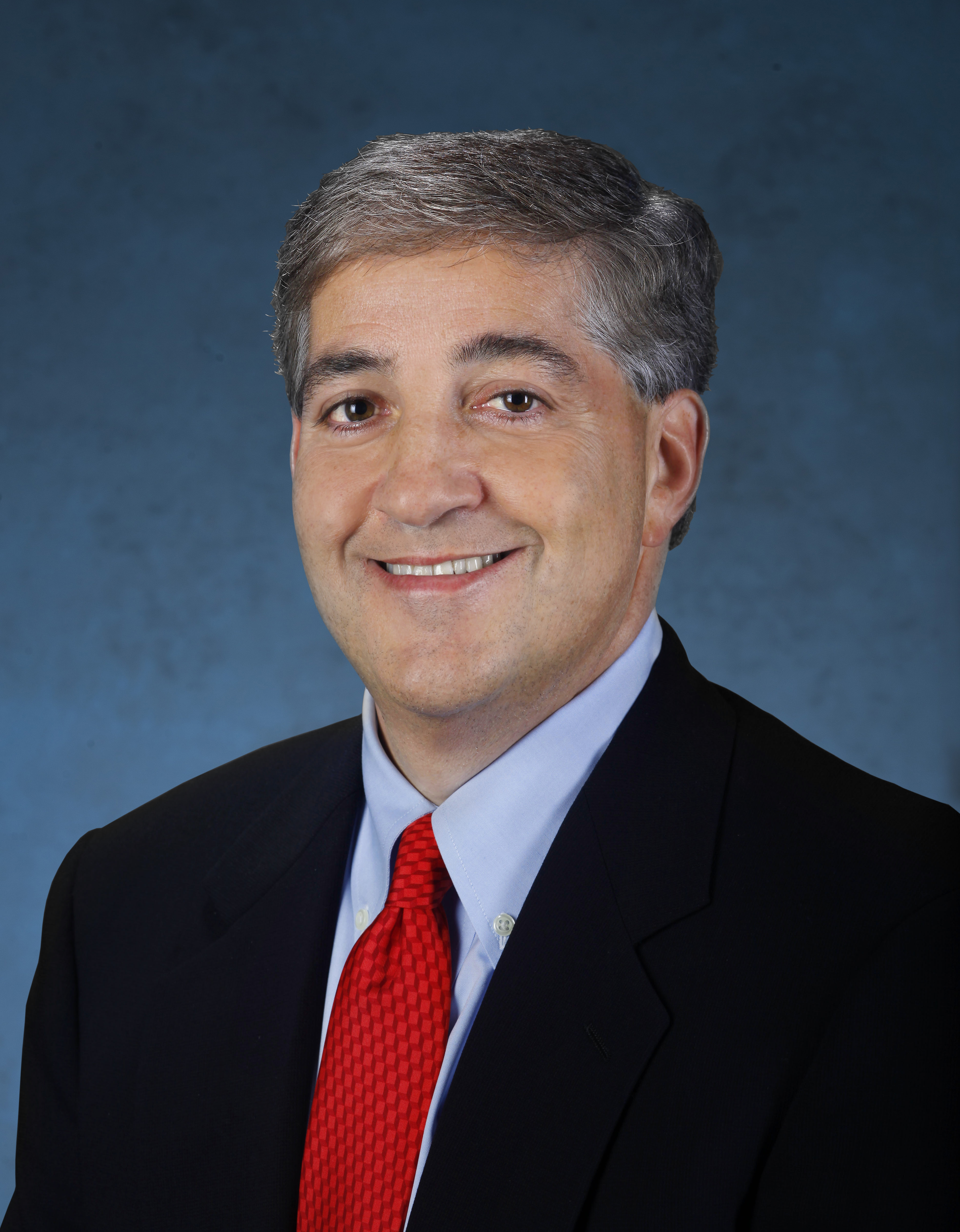 Jeff Vinik purchased the Tampa Bay Lightning on March 3, 2010, promising a comprehensive transformation of the franchise while pledging to make a significant positive impact in the Tampa Bay community, and he has delivered. Upon acquiring the Lightning, Vinik vowed to make the organization “world-class,” creating an unrivaled fan experience while putting together a team of which Tampa Bay sports fans would be proud, on and off the ice.

As Vinik enters his 13th year of ownership, the Lightning are recognized nationally as one of the top organizations in North American sports, having appeared in the National Hockey League’s Eastern Conference Final/Stanley Cup Semifinal seven times (2011, 2015, 2016, 2018, 2020, 2021 & 2022), advancing to the Stanley Cup Final four times (2015, 2020, 2021 & 2022), and winning hockey’s ultimate prize in 2020 and 2021. Off the ice, the Lightning brand has been completely revitalized and transformed, having been lauded by both ESPN as the No. 1 team in professional sports in the media giant’s Ultimate Standings (also ranking in the Top 10 in six of seven years), as well as by the Sports Business Journal as one of five finalists for Team of the Year in 2016, 2020, and 2022, earning that title in 2022. 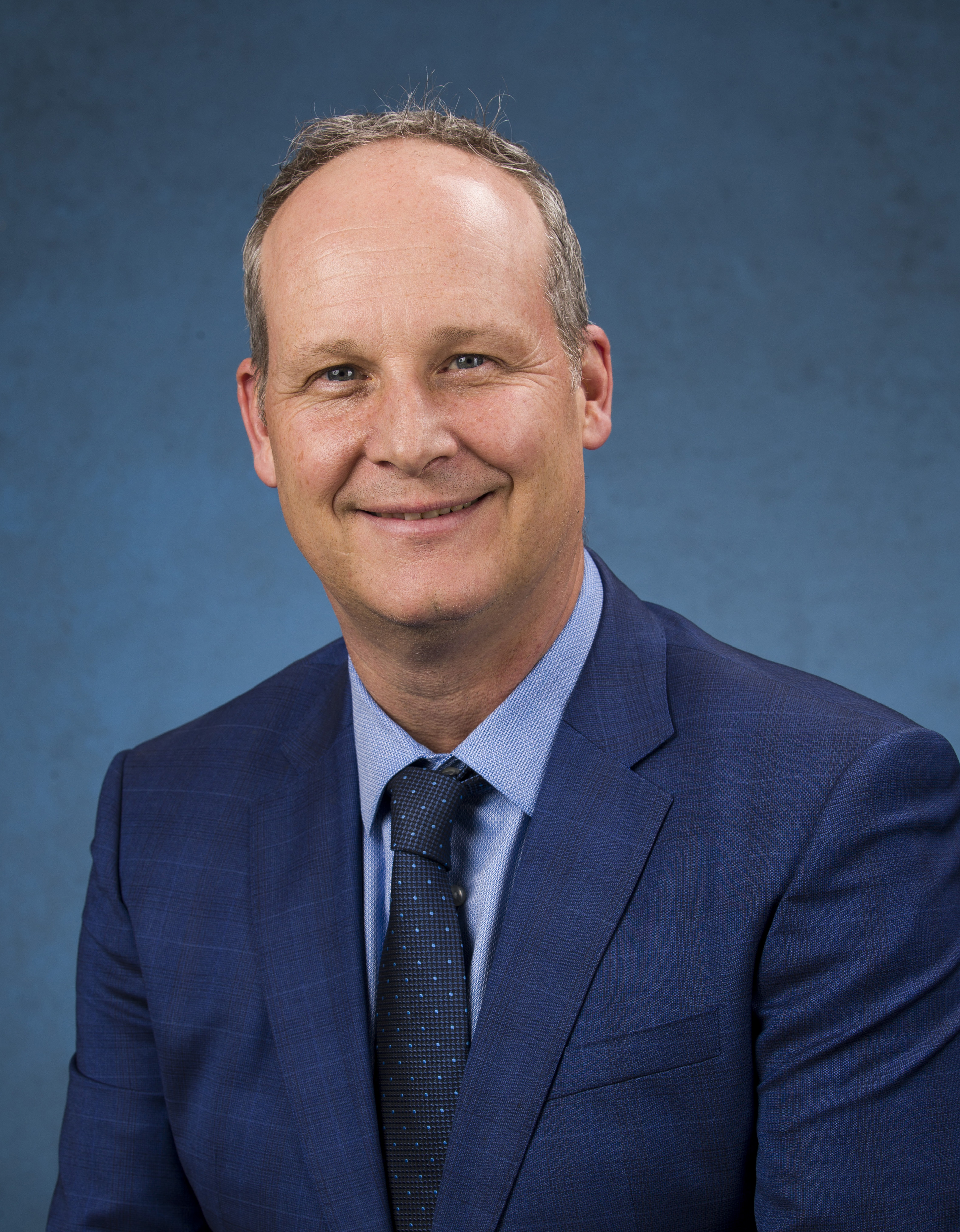 A veteran of the sports and entertainment industry, Griggs has also worked for Maple Leaf Sports and Entertainment, the Minnesota Wild and the Orlando Magic, playing an instrumental role in the opening of new venues in all three locations. While in Tampa, Griggs has led the organization to unprecedented heights in the industry; highlights including more than 200 consecutive sellouts for the Lightning and the number one ranking in ESPN’s annual Ultimate Sports Rankings for 2016. 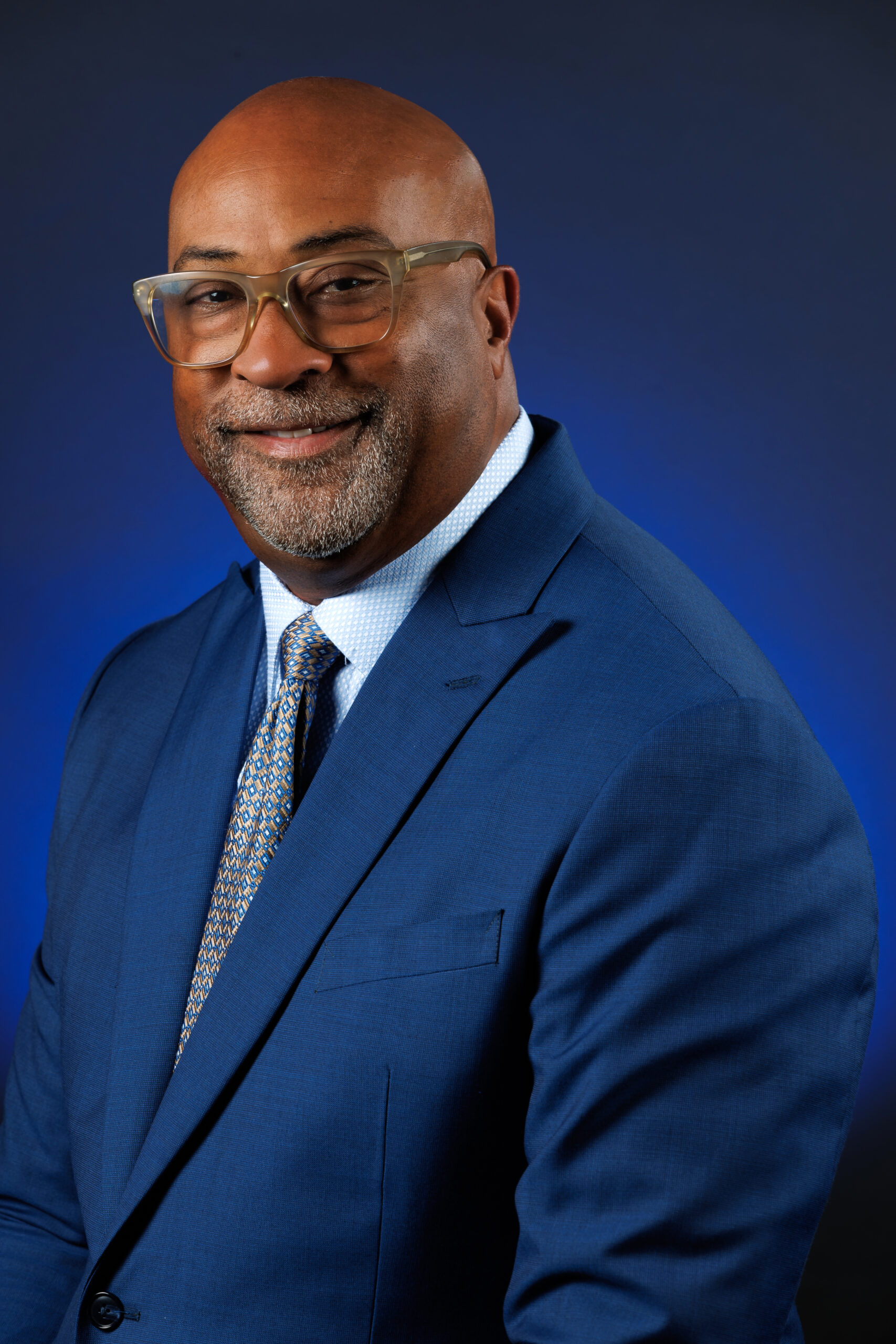 In his role, Pitts is responsible for the operational management of VSG, working alongside the CEO to provide strategic leadership and development for the senior management team. He will also be charged with identifying new business lines, increasing revenue and pursuing innovating possibilities to enhance and grow the organization. This commitment extends as well as the community, while helping to maintain organizational core values and meeting company goals. 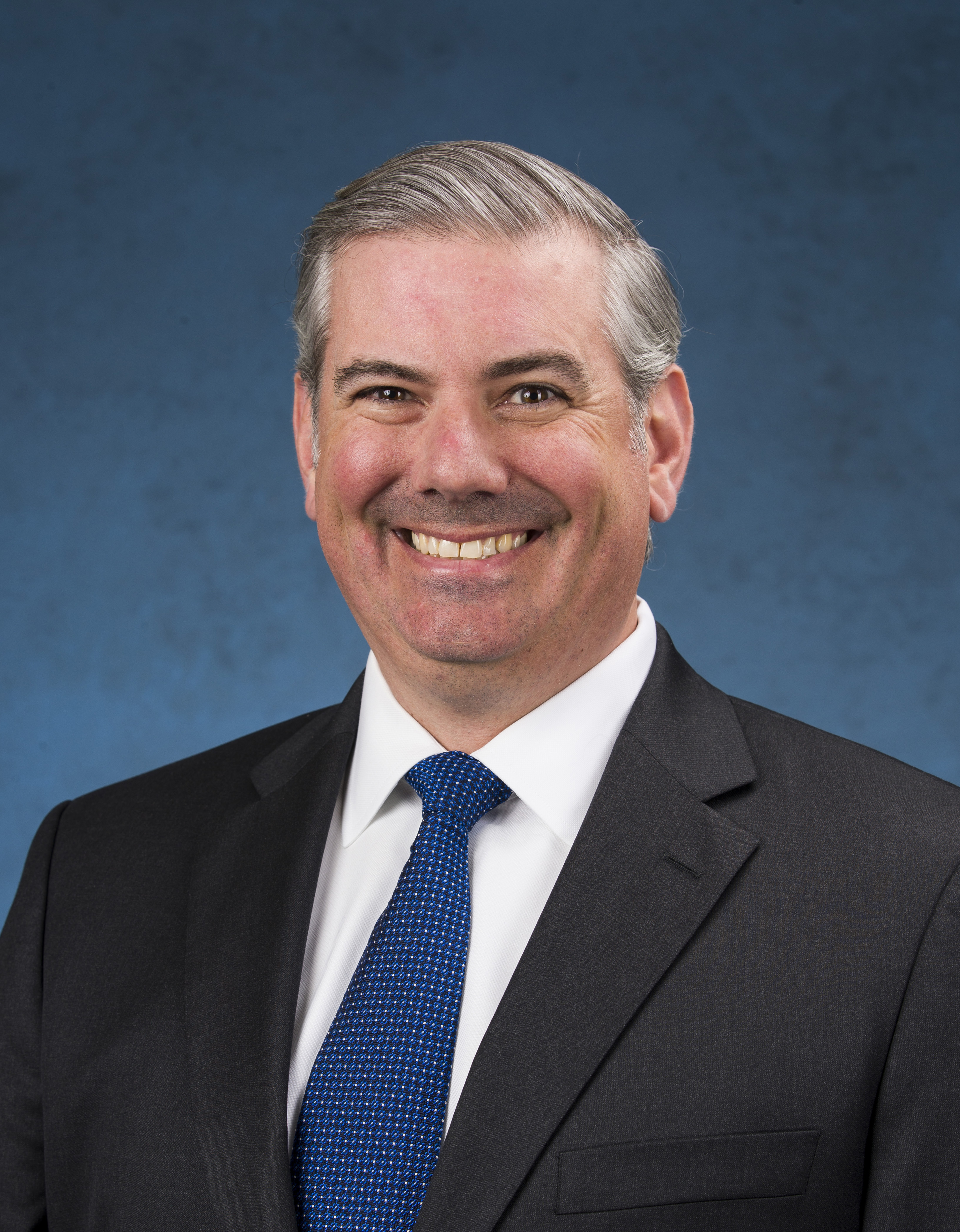 Casey Rodgers serves as the Chief Financial Officer for Vinik Sports Group, which operates the Tampa Bay Lightning, Amalie Arena, and the Yuengling Center. He joined the company in 2017 after working for Feld Entertainment. Rodgers is a senior executive with diverse international and domestic industry experience who provides corporate strategy that helps drive companies to record success. He is adept at forcasting trends and working with operational executives to improve cash flow and profitability while improving customer relations.

Rodgers has held key roles in avaiation, healthcare, pharmaceuticals, consumer products, entertainment, and sports. In addition, his experience includes the restructuring of several finance, people operations, and legal departments, the implementation of advanced software systems, and improvement in cash flow and profitability through strong forecasting and accountability processes. 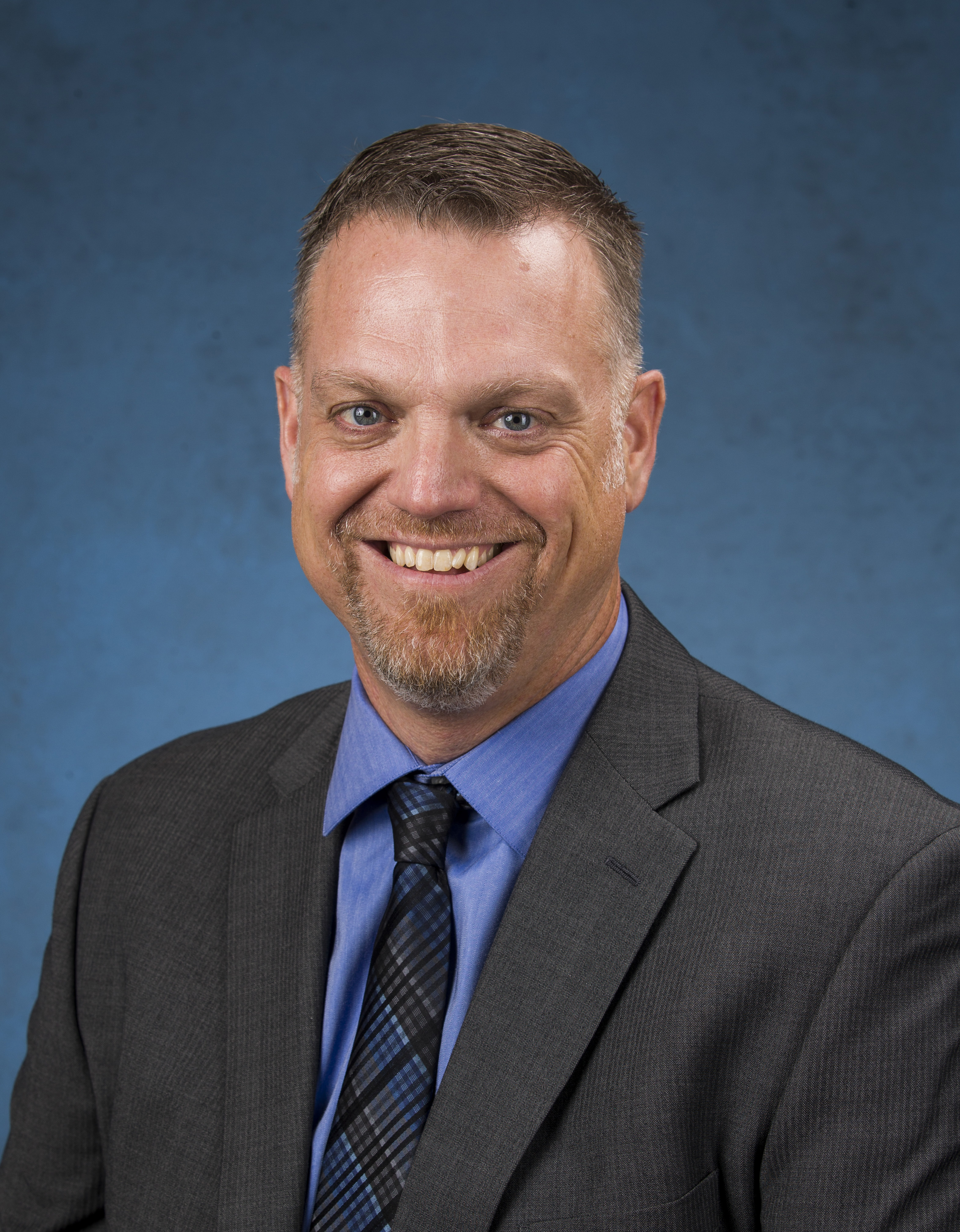 Kevin Preast serves as the Chief Venue Officer for Vinik Sports Group. Preast is an experienced booking and marketing professional with over 20 years of experience in the industry. He graduated from University of South Florida before joining Tampa’s “Ice Palace” team in 1996 as Executive Services and Sales Manager. Preast also worked for the arena and the Lightning as Group Sales and Service Manager before joining the Tampa Bay Rays in 1999 and Phillips Arena later that same year where he worked in a variety of roles with the arena and its professional sports teams including the Atlanta Thrashers (NHL), the Atlanta Hawks (NBA) and the Atlanta Dream (WNBA). 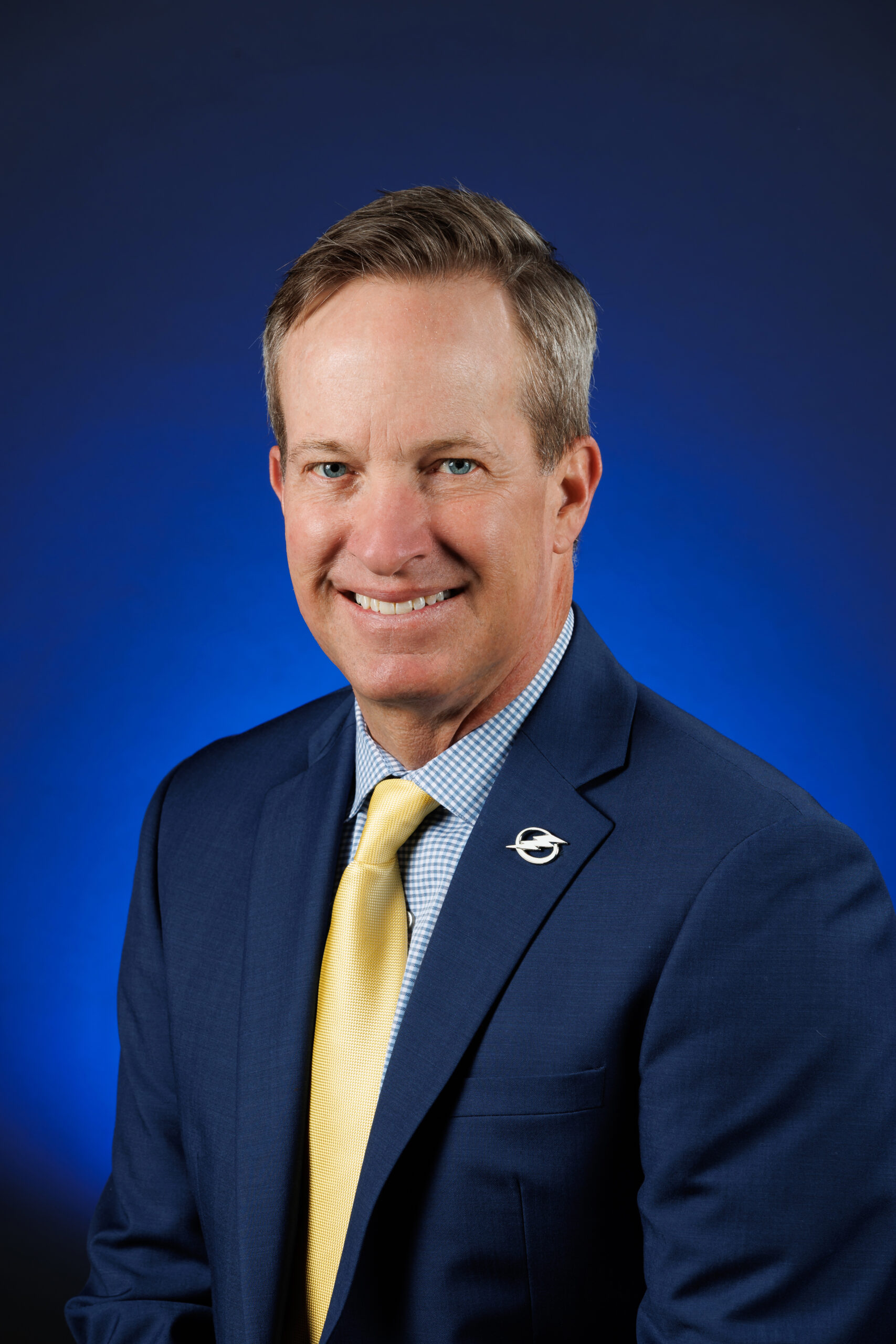 Corey brings more than 25 years of sports and commercial business experience to the Vinik Sports Group, having spent the past several years running global marketing for The PGA TOUR. Prior to joining The PGA TOUR, Corey spent six years as the Chief Marketing Officer for PGA TOUR Superstore, the fastest growing golf and tennis retailer in the world, and a subsidiary of Arthur Blank Sports & Entertainment in Atlanta. Corey oversaw all marketing and e-commerce operations along with managing the partnership with the TOUR. During his time there, PGA TOUR Superstore grew from 16 stores to more than 40 stores across the United States, and the e-commerce business grew more than 500%.

Corey has spent nearly three decades in both the marketing and digital/e-commerce worlds owning and operating strategy, operations and omni-channel P&Ls.  He began his career building Internet business strategies for BellSouth and The Home Depot back in the late 1990s and early 2000s before spending 10 years in Austin, Texas as the Chief Marketing Officer of golf and tennis retailer Golfsmith.

Corey earned an MBA from Georgia Tech and also holds a bachelor’s degree in Public Relations from the University of Florida. He resides in Tampa, Florida and is an avid golfer and tennis player. 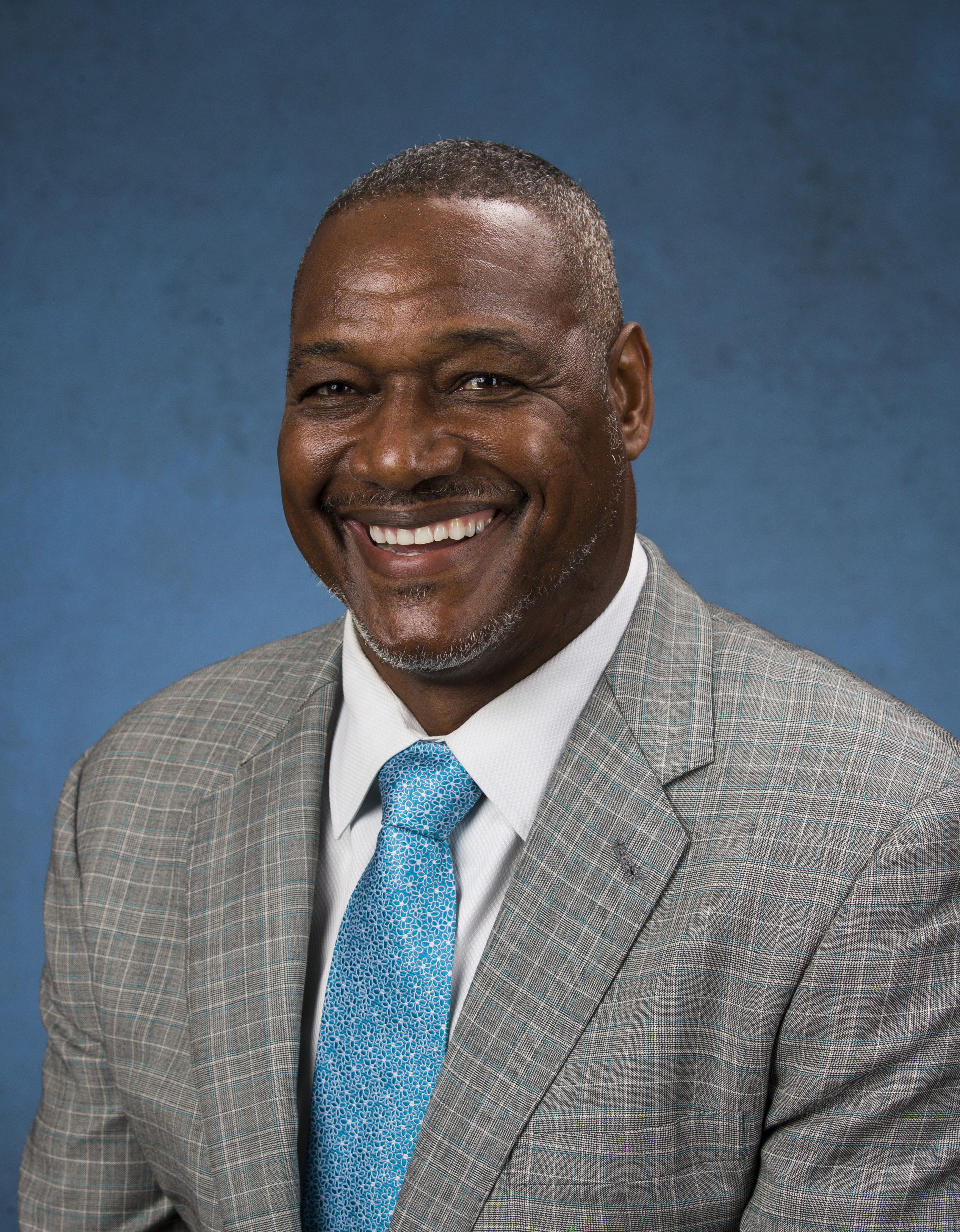 Pro Football Hall of Famer Derrick Brooks has been with the organization since 2011 when he was named President of the Arena Football League’s Tampa Bay Storm. Brooks currently serves as Executive Vice President for Corporate and Community Affairs for VSG while also serving as co-chairman of the local organizing committee for Super Bowl LV.

Brooks earned his bachelor’s and masters degrees from Florida State University where he was a three-time first team All-Atlantic Coast Conference selection. He is recognized often for his work in the community, was named a recipient of the 2000 Walter Payton/NFL Man of the Year Award, and has been honored with several local community awards for his work in the Tampa Bay area. 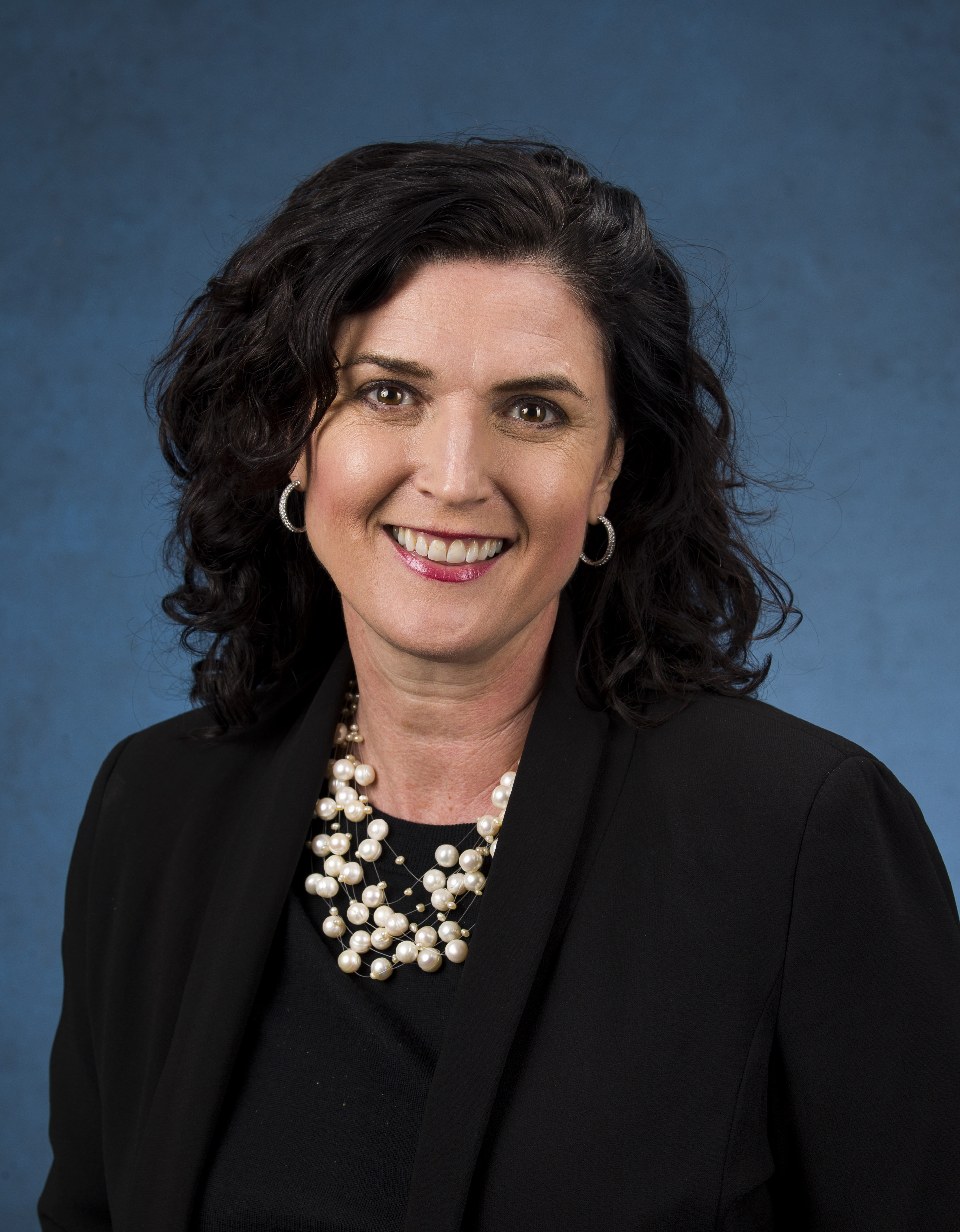 Elizabeth Frazier has been with the Tampa Bay Lightning as Senior Vice President of Philanthropy and Community Initiatives and Executive Director of the Lightning Foundation since 2011. She has led a transformation of the Lightning Foundation and the Lightning Community Relations departments, including the development of the Lightning Community Heroes program to recognize inspirational individuals throughout the community while donating over $20M over a ten year period to eligible non-profits, the creation and launch of an organization-wide employee volunteer program called C.H.A.R.G.E, the launch of the Community Heroes of Tomorrow program, and the creation and execution of dozens of impactful arts, literacy, and community outreach programs throughout the greater Tampa Bay community.

Prior to working with the Lightning, Elizabeth lived in the Washington D.C. area, where she held Director positions in Operations, Communications and Senior Board Governance and Philanthropy with the SEED Foundation, a national non-profit that provides innovative educational opportunities to at-risk youth. 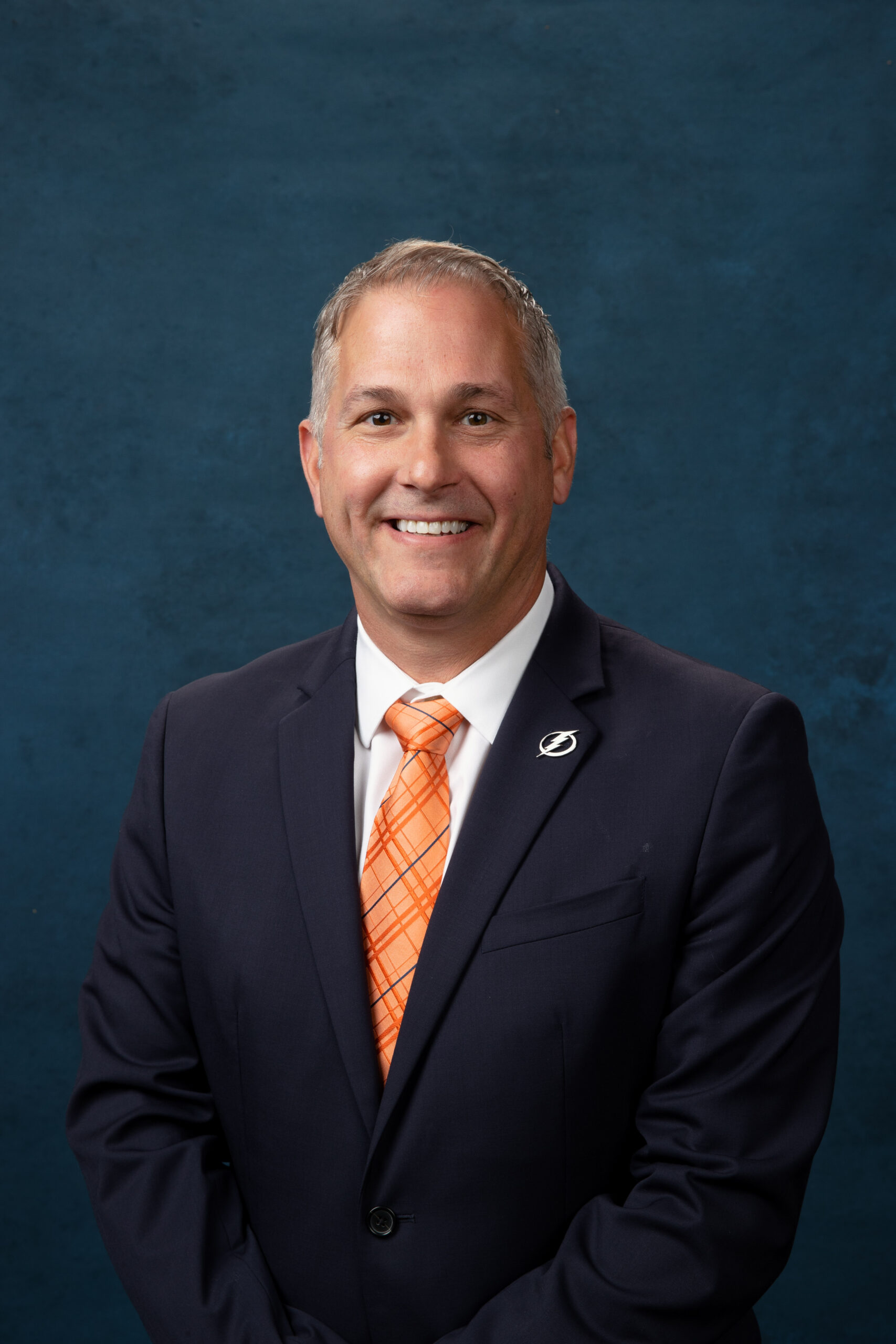 Andrew McIntyre serves as the Senior Vice President of Technology & Innovation for Vinik Sports Group, a position he has held since joining the company in May of 2019. McIntyre is an experienced technology professional with over 20 years of experience in the industry. He graduated from the University of Illinois Urbana-Champaign in 1996 with a bachelor’s degree in Mechanical Engineering and earned a Masters of Business Administration from the University of Illinois Urbana-Champaign in 1999. Before joining the Vinik Sports Group, Andrew worked as the Vice President of Technology for the Chicago Cubs. During his time at the Cubs, Andrew led the design and implementation of the technology infrastructure for the Dominican Republic Training Academy, launched in April 2013, and the spring training facility, launched in Nov 2013, and the 1060 Project. The 1060 Project included a 5 year restoration effort of Wrigley Field while also developing a mixed use office & commercial building, a 50,000 sq ft open-air plaza, and a 175 room boutique hotel. Andrew led the vendor & platform selection and implementation of the wired and wireless network (cellular and WiFi), data center technologies, audio visual, communications platforms, and broadcast cabling infrastructure. 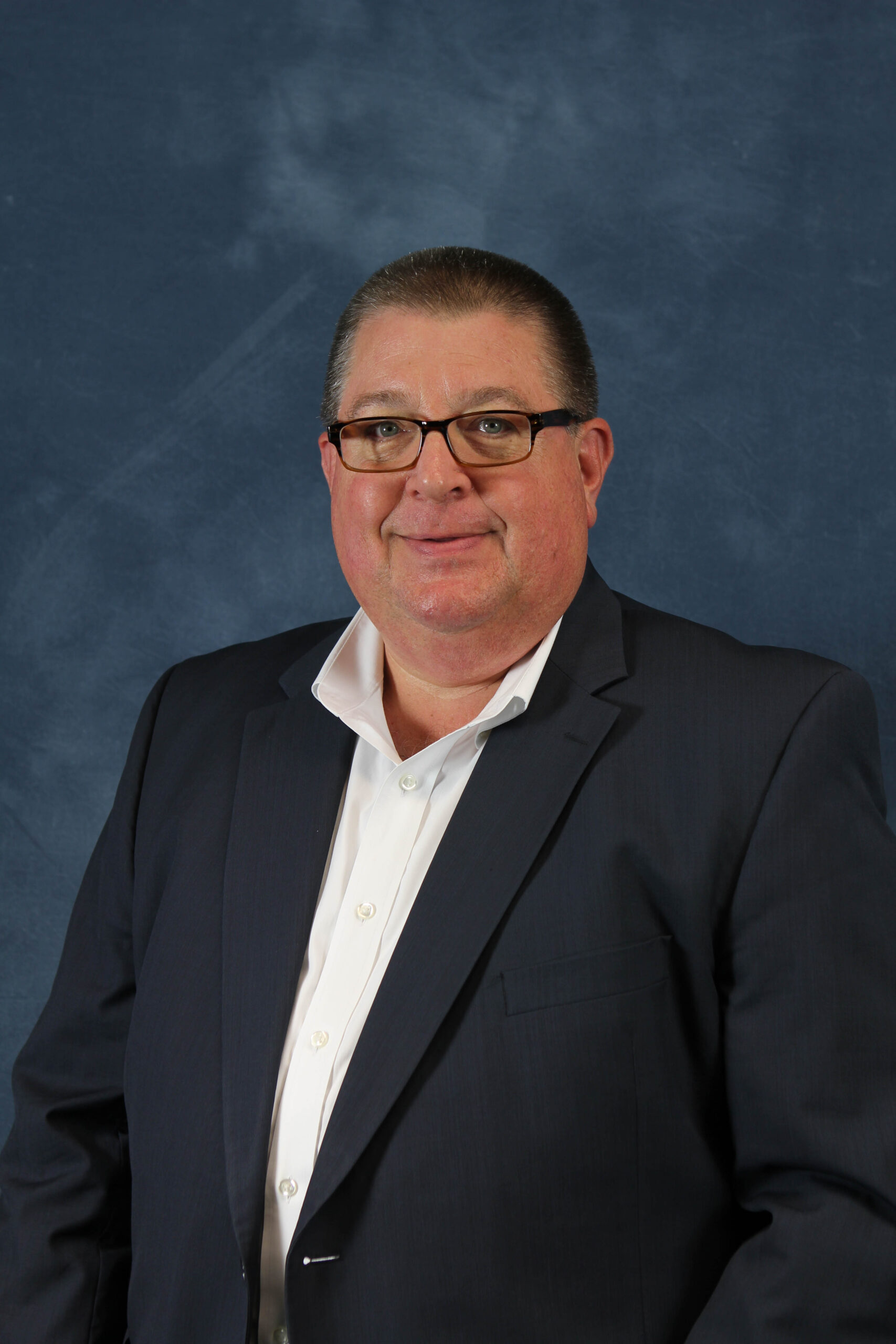 Jay Feaster is the VSG Sr. Vice President, Legal & Business Affairs, having been named to the position on July 1, 2021. Prior to that time, Feaster served The Lightning Foundation as Vice President of Community Hockey Development. He returned to Tampa in July 2014 after spending four years in Calgary, Alberta, Canada, first as Assistant General Manager and then as General Manager of the Calgary Flames Hockey Club. In his position, Feaster is responsible for VSG’s legal department, government relations, risk management, and various non-recurring special projects. Feaster spent 7-years in Community Hockey growing participation in the game at all levels, and increasing awareness for the game generally, and the team specifically, in the community. He continues to serve as President of the Lightning High School Hockey League, a post he has held since the Lightning organization began operating the League in 2015. 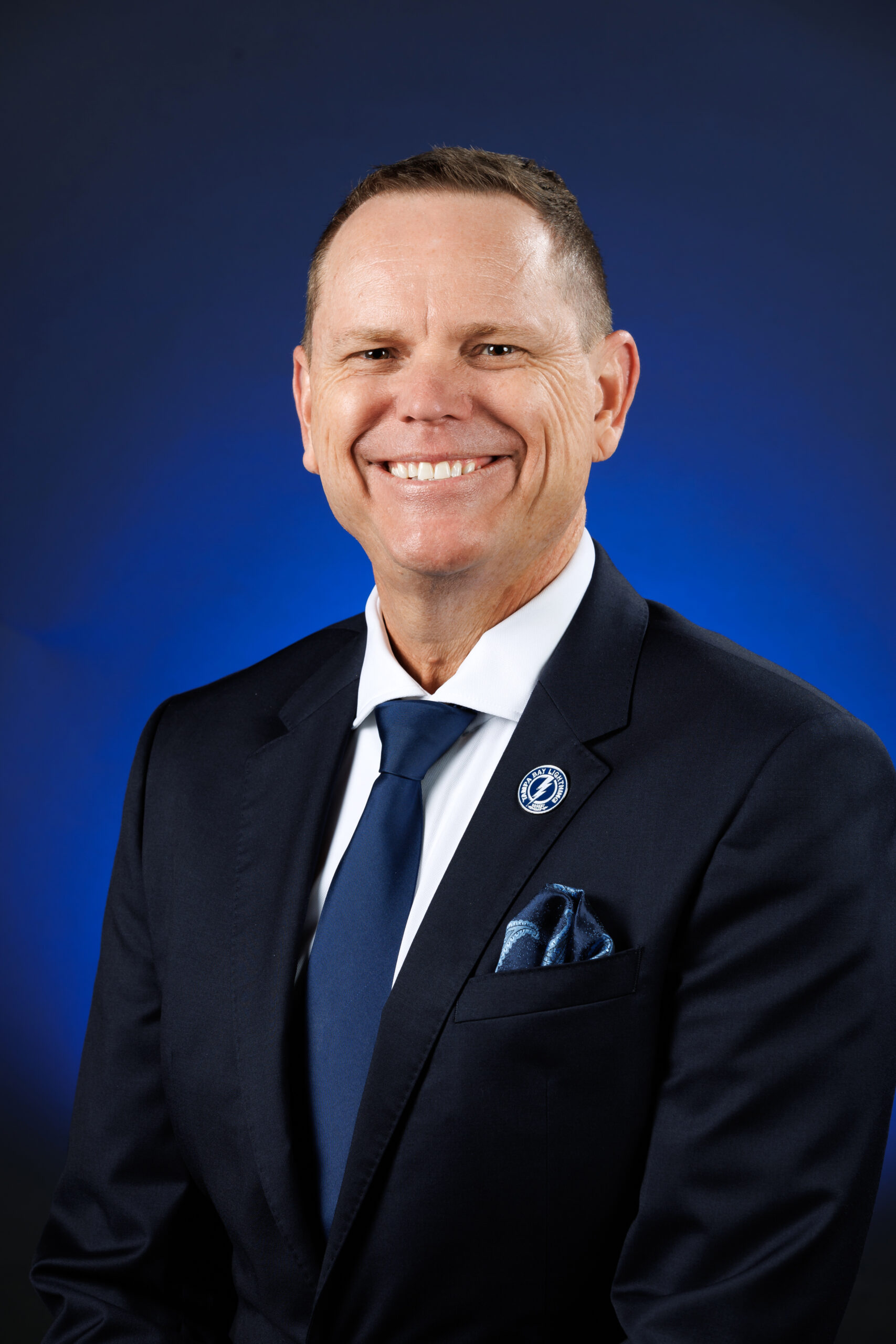 The 2022-23 campaign is Travis’ 11th with The Tampa Bay Lightning and Vinik Sports Group. Across his 24 years in professional sports, Travis has worked in both the NHL and NFL, in two different markets.

In his current role as SVP, Ticket Sales and Service, Travis is responsible for all things related to the sale and service of Season Ticket Membership accounts, Group Ticket Sales, and the Ticket Office, working with a staff of approximately twenty teammates.